This was sent to us by a good friend of Rainbow (Walter Otton) and we asked if we can share his article on the our website regarding the recent boy who died from Malaria in the Sure 24 project in Nakuru, Kenya….

You know when you want to write something but you don’t know how to start? So you just start. And then, once you’ve started, you stop. You stop because you

don’t know how to articulate what you want to say. Phrases like: “My words won’t do the situation justice….” spring to mind. I don’t want these words I’m about to write to be shallow. I want them to mean something. To matter. I also don’t want them to sound self-important as if I’m trying to pat myself on the back or blow my own trumpet as if to justify something about maybe being a do-gooder.

Typing those last two words just reminded me of something from about fifteen years ago.

My old local was called the Plough in West Ewell. It’s not there anymore, simply houses now. Before the landlord Rick moved out to run a pub in Ipswich he came up to me, on the other side of the bar, looked at me as he picked up my empty pint glass and sneered: “….f*****g do-gooder. I’m fed up with f******g do-gooders.” He said it in front of all my mates and loud enough for most the pub to hear. It stopped me in my tracks. I had no response. I think I just stared at a beer mat and then walked off home.

In 2008 I went to Kenya to check out a place called SURE24 that I had helped fund-raise for, to get it off the ground. It cares for street kids. Most of these street kids, though not all of them, are orphans. Back then, there were six bunk beds sleeping twelve boys. It has grown significantly. Last year, SURE24 took on over eighty girls bringing the total now to over two hundred children. Something about the place has me by the coat-tails. I can’t shake it off. So, back here in England, I try to support SURE24 in my own small yet significant way (via @regenerateuk) as the team feed, clothe, shelter and educate all these kids as they rescue them from the gutters and the rubbish tips.

Last week I read a Facebook message from Sammy. Back in the day, Sammy used to be a street kid himself, now he oversees the whole SURE24 project. The message said his life was at a crossroads as one of the children had died. I replied to him that I was standing with him. That was it. Somehow, from the other side of the world, I felt a pinch of his pain, a slither of his grief – so I went for a walk and thought about Sammy and I suppose that meant I was praying for him and all. Which meant that I was standing with him. And it was okay to be at a crossroads. There’s no shame in not knowing which way to turn. And if one were to turn the wrong way – well that’s okay too. It means you can turn around and find an alternative path.

The child was called Nathaniel. He had been at SURE24 for four years. He died due to complications with malaria.  I felt a swell of pride in that I had been a cog of sorts in a well oiled machine that have worked together to give Nathaniel an emotional sanctuary and an improved physical well-being – and all due to the simplicity of a decent dinner in his belly and a roof over his head.

But then…. Then I felt a desperation of sorts for his family that Nathaniel has left behind. Not his blood family, mind. They weren’t around. They either didn’t love or care for him in the first place, so they’d abandoned him, or they had died thus rendering Nathaniel orphaned and homeless. Either way, Nathaniel was a street kid until SURE24 rescued him. So this desperation of sorts I felt was for his surrogate family that he’d left behind: Sammy and all the other staff and volunteers, plus his ‘brothers and sisters’ – the other boys and girls in SURE24. These were his real family – his proper family.

I never met Nathaniel. I’d never spoken to him. But in a roundabout way I’d helped put food in his belly; and put a mattress under his body; and put his head on a pillow; and placed a pencil in his hand; and, most importantly and hopefully – the love of God in his heart.

And if Rick the landlord doesn’t like it, then so be it.

Rest in peace, Nathaniel. Though part of me reckons you’re not resting much at all. I imagine you’re running with the Saints through Heavens glorious fields with a football under an arm and a double-coned ice-cream in your hand, fully restored without a gutter or a rubbish tip or a Marabou Stork in sight.

(For those interested, you can read about the origins and development of SURE24 in ‘SHORTS!’ – Walters collection of short stories:) 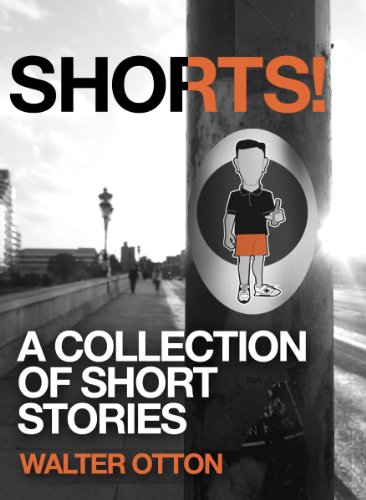 ← Sunday is not a BBQ
City Lights Presents: Social Startups →

Article By Adrian Hawkes, Special to ASSIST News Service LONDON, UK (ANS – December 23, 2017) – The time when the “Red Army” came riding in to help our work with young people in London, took me right back to the 1960’s.…

END_OF_DOCUMENT_TOKEN_TO_BE_REPLACED

Great to have Sammy & Millie with us. Remember you can sponsor a child at rainedge.net/sponsor/uk See below on the video on going ons in Kenya.